The Center of Excellence to Prepare Teachers of Children of Poverty emerged from the vision of Lorin W. Anderson, Ph.D., Carolina Distinguished Scholar and University of South Carolina Professor Emeritus. An internationally-recognized educational researcher who began his career as a graduate assistant to Dr. Benjamin Bloom at the University of Chicago, Anderson served in 2002 as a lead witness for the small, rural school districts represented in Abbeville vs. South Carolina. These plaintiff districts contended that they were unable to fulfill the state’s mandate for a minimally adequate education because their funding relied largely on local taxes.

During his time of testimony, Anderson reflected on his decades in schools and concluded that, while facilities and technology are important to school success, what matters most is the human capital—the teacher in the classroom. Further, he recognized that teacher preparation programs across the nation typically follow a “one-size-fits-all” model with little specific study of the unique needs of children and families living with limited resources, and he hypothesized that teacher recruitment and retention in small, rural districts suffered as a result.

Anderson envisioned a Center that would drill into the research to identify best practices for high poverty schools and provide support for educators in those schools. Established in 2004 out of the growing need to address the challenge of effectively educating children in and of poverty, Anderson worked to position the Center at Francis Marion because the university was centrally located in the high-poverty Pee Dee region of South Carolina in which a significantly higher percentage of under-resourced learners attended school. The region scored a poverty index of 78.9% compared with the 65.7% average for South Carolina as a whole.

Studies conducted in South Carolina and nationwide have linked poverty with student achievement. Data coupled with a lack of improvement in district report cards for districts with large populations of children of poverty showed that these students were not learning at high levels, and fell further behind their peers the longer they were in school.

Rather than rely on outside experts for guidance, the Center confronted the problems inherent in educating children of poverty by fostering expertise in the professionals that work with them on a daily basis. Center founders believed that developing local capacity to solve problems was essential in the struggle to help those in greatest need.

Today, though the Center is located at Francis Marion University, it extends throughout the state as a network of partnerships and collaborations. Initially, Darlington, Dillon 2, and Marion 1 served as “partner districts,” with the other 15 Pee Dee districts designated as “participating districts.” Administrators and teachers of the partner districts collaborated with Francis Marion University faculty to develop strategies for teachers to effectively teach children of poverty. Participating districts, while not involved in the Center’s operations, benefited from activities and materials offered by the Center. The number of districts working with the Center has increased annually, and today extends beyond the Pee Dee region.

The Center maintains a strong relationship with the Pee Dee Education Center (PDEC), a respected authoritative communications link with political and educational entities throughout the state, as well as relationships with other Centers of Excellence in South Carolina; the SC State Department of Education; the Center for Educator Recruitment, Retention, and Advancement (CERRA); Johns Hopkins University’s National Network of Partnership Schools; and the National Center for the Education of Students Placed At Risk (CRESPAR). 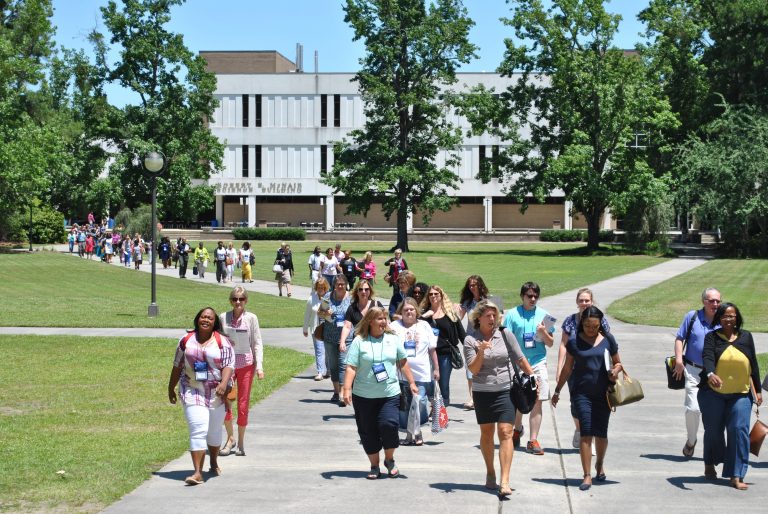